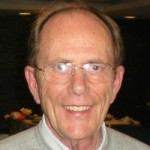 Robert Bayley (Ph.D., Stanford University) is Professor of Linguistics, Chair of the Graduate Group in Linguistics, and a member of the Graduate Group in Education at the University of California, Davis. He is also the Editor of the Publications of the American Dialect Society. He previously taught at the University of Texas at San Antonio (UTSA), York University, Beijing Foreign Studies University, and Harbin Institute of Technology. He teaches courses in sociolinguistics, second language acquisition, and general linguistics. His research focuses on language variation and language socialization, especially in bilingual and second language populations. Currently, he is investigating the role of frequency in language variation and change. He also is working with Professor Rebecca Ambrose of the UC Davis School of Education on a project to assist teachers to develop explanations of mathematical concepts appropriate to English language learners. Professor Bayley is co-author or editor of fourteen volumes including Language as Cultural Practice (with Sandra Schecter, 2002), Sociolinguistic Variation: Theories, Methods, and Applications (ed. with Ceil Lucas, 2007), The Oxford Handbook of Sociolinguistics (ed. with Richard Cameron & Ceil Lucas, 2013), and Language Variation and Change (5 volumes, ed. with Richard Cameron, 2015). He has also published numerous articles and chapters on sociolinguistics, bilingualism, and second language acquisition. His grants, fellowships, and awards include four Fulbright Senior Scholar Awards to Argentina, Bolivia, and Mexico, research grants from the National Science Foundation, the Spencer Foundation, the California Postsecondary Education Commission, the Texas Education Agency, and the U.S. Department of Education, and a National Academy of Education Spencer Postdoctoral Fellowship. In 2002 he was awarded an honorary professorship by Harbin Institute of Technology and the UTSA President’s Award for Distinguished Achievement in Research. In 2003, he served as the Fulbright-York Chair in Linguistics at York University. In 2011, together with colleagues Carolyn McCaskill, Ceil Lucas, and Joseph Hill, he received the Andrew Foster Humanitarian Award from the National Black Deaf Advocates for the book and DVD, The Hidden Treasure of Black ASL: Its History and Structure. In 2015, he was named President of the American Dialect Society.

Using data from community based studies as well as content classrooms in a linguistically diverse elementary school district, this presentation describes how insights from sociolinguistics may contribute to pedagogy in three areas: 1) understanding the nature of the target language; 2) developing a view of L2 speakers as language users rather than as perpetual learners; 3) creating more accurate assessments of student proficiencies across a range of contexts. 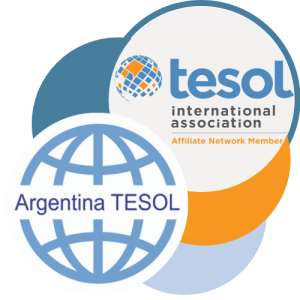